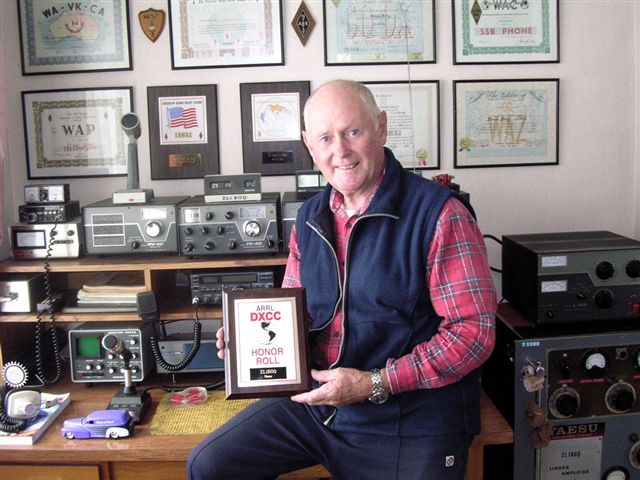 Was born in the North of Scotland in 1936, where I was educated in a boarding school. Every Saturday morning we were required to join a “hobby group”. One could do photography, metal work, carpentry or radio. I opted for radio, why I don’t know. After making a crystal set, which worked well, we went on to make one or two valve receivers. I was rapt. Right next door to the school was a Royal Naval air station, at Lossiemouth. Once a week we got the opportunity to go there and learn morse code, and procedure, plus we we shown how to operate and use Number 18 portable radios. After leaving school, we were required to do two years national service. I opted for the Navy, but as I was only going to be there for 2 years, I was not allowed to be a telegraphist. Instead an ordinary seaman.

After that, I had to work, got married, had children, and there was no time or money to pursue the hobby, so I forgot it. I came to NZ in 1970, got instantly employed, with a company car and expense account, and found I had a little money over, so got back into tinkering with old radios. Then I became an SWL for three years, when a neighbour, who was a Amateur, suggested I go for my ham licence, which I did.Got my grade 3 licence in 1973, grade 2 in 1974, and grade 1 in 1975. With a grade 2 licence, I was confined to 80m and 160m. Had no room for 160m antenna, but I did for 80m. In that 12 months of 80m only activity, I ended up with 89 countries confirmed. 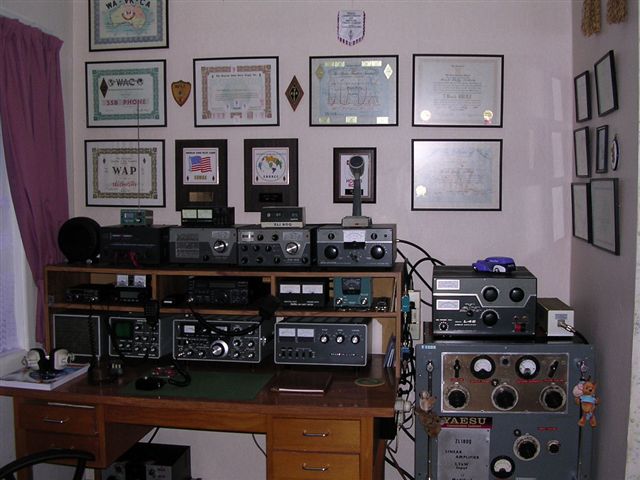 Shortly after that the 100 came easy. 5 years later, I brought the 5 Band DXCC award back from a visit to ARRL HQ. Three years later, I had all 200 CQ zones confirmed. 5 Band WAS followed in 1990. Then I moved out of Auckland to my present QTH, with retirement in mind. Only a quarter acre, but room enough for modest size antennas. in 2003 I found my self on ARRL Honour Roll. Nowadays, I just like DXing the lower bands, 40 and 80m, and a total change of direction, I now play around with Echolink via the computer, and working DX repeaters, in Berlin, Florida and Perth, W.A. It is hardly Ham radio, but quite enjoyable. 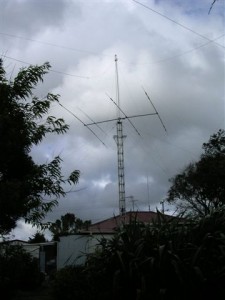 Was first licensed in 1974 as a grade 2. This allowed me to go on 80m 160m and VHF. When I upgraded in 1975, I had almost 100 countries confirmed on 80m. This inspired me to go on and attempt 5 Band DXCC. On my 44th birthday, I personally handed over more than 500 cards to the ARRL in Newington, back in 1980. 5Band WAZ followed in 1982, and 5 Band WAS in 1990. After that I just settled down to working the low bands mainly, where I am to be found now. In 2003, much to my surprise, I found myself on the ARRL Honour Roll. My station uses very basic antennas. They are easy to get going and to maintain. On 80m an inverted vee at 50 feet, on 40m a ground mounted vertical, with no radials; also an inverted vee at 50 feet, and on HF I use a run of the mill tribander at 33 feet.

I live in rural N.Z., just 30 miles South West of Auckland, with my XYL and cat.