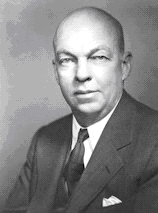 We radio amateurs (and the rest of the world, for that matter), owe a great debt of gratitude to this month’s Dead Electrical Dude, Major Edwin Howard Armstrong. Howard’s inventions form the basis for all modern radio communications devices. Indeed, the list of Howard’s accomplishments is impressive. Unfortunately, Howard spent the latter part of his life in endless patent battles. In many people’s opinion, including this writer’s, these battles ultimately drove Howard to commit suicide.

An in-depth discussion of the myriad legal wranglings is beyond the scope of this discussion. However, we will touch briefly on the landmarks of this pioneer’s career and his troubles:

1913: Armstrong modified Deforest’s triode amplifier tube circuit by feeding the output into the input, resulting in amplification of a radio signal thousands of time. If driven still further, the circuit acted as an oscillator. Armstrong termed this method of amplification as regeneration. Deforest sued in court and ultimately won via a faulty ruling after 20 years. However, the scientific community generally regards Armstrong as the true inventor of regeneration.

1917: Armstrong joined the Army’s Signal Corps in World War I as a Captain, ultimately being promoted to the rank of Major. Armstrong developed the superheterodyne radio circuit as a solution to the problem of intercepting German tactical communications on the battlefield. Armstrong applied for a patent of the revolutionary superheterodyne circuit in 1919. All modern radio receivers utilize some version of this circuit.

1933: Armstrong applied for and was granted four patents on circuits that established wideband high fidelity frequency modulation, or FM. RCA and other manufacturers began using many of Armstrong’s circuits after World War II without permission, resulting in an unbroken string of patent infringement litigation.

1954: Armstrong, in the pit of despair after being left by his wife following a violent argument, commits suicide by walking out of a 13th story window.

1967: Marion Armstrong, after many years of litigation, wins a legal settlement against Motorola. This was the last lawsuit. Marion and her lawyers won every suit that was pending after Edwin’s death.

It is interesting to note that Armstrong was quite a fixture at RCA prior to the start of his patent troubles. Armstrong once climbed a radio tower on the corporate headquarters building and did handstands on the large globe on top in order to impress Marion; he loved heights and was temporarily banned from the property by the head of RCA, David Sarnoff. Sarnoff was annoyed at what he termed “damn fool” stunts. Sarnoff befriended Armstrong, and had earlier introduced the inventor to his secretary, Marion, whom Armstrong would later marry. Little did Armstrong know that Sarnoff would in later years figuratively stick a knife in his back for the sake of corporate profits and convenience.

References: Empire of the Air: The Men Who Made Radio. If you can get a copy of this book, do so, as it is fascinating reading.

Postscript: The intent of this series of articles is to present biographical information in a humorous manner. However, Armstrong was such a tragic figure that no attempt was made in this article to be funny in any way. Sorry boys and girls, my heart just wasn’t in it.