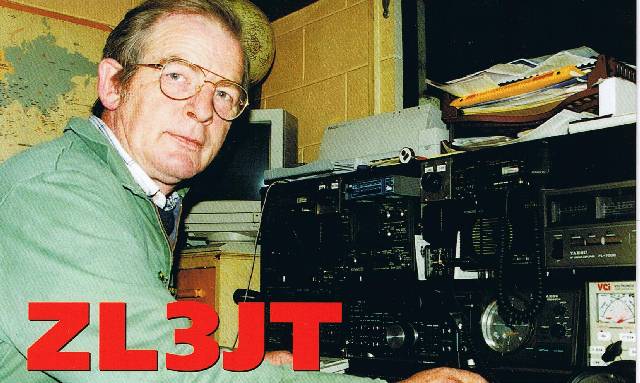 I have always been interested in radio since the age of 5 when my old man tuned up his broadcast Band program on Sunday afternoons. I hankered to play with that tuning knob, but God help any stupid kid who dared to touch it! Relief came when I built myself a crystal set a few years then later I got a real radio with valves. I enlisted in the RNZAF at 16 years of age. They wanted me to pursue a career in avionics but I became an engine mechanic. My career lasted 21years and I was awarded the B.E.M. for my services. By 1970 my hobbies included hunting and fishing, model railways and hockey, gaining a New Zealand Hockey Umpire” grading.

I was inspired back into the radio world by an incident out fishing in the back country of Nelson. We needed radio communication and I then purchased a CB set. I got involved with 3 other guys who became amateurs in 1989-90, two of them are now silent keys ZL3ARM and ZL3TBO. I enjoyed working DX on CB and when SSB and 40 channels came on the scene in 1986, a new world opened but I found out that I was not supposed to be doing this but I loved it. I remember my uncle, Bob Dixon, (ZL3JT) and sitting on his knee at 6 years old while he talked to the World.

I sat the exam in March 1990 at the age of 45 and was allocated ZL3TCD. Morse code was a problem for me but passed at 6 wpm and later passed the 12 wpm test with Noel ZL3QC and became ZL3JT. I was on top of the World with a new shack, a new tower, a new antenna, new Kenwood TS690SAT.

I met ZL3JU, ZL3RG, ZL3ARK (now ZL3RK)…we set up a “DX watch net” on 70 cm simplex. ZL3AFT joined us… we worked DX and in 10 years gained DXCC Honour Roll. Paul, ZL3HAG, (DL4BCG) brought a single paddle electronic keyer and left it with me. That night on 40m I worked 12 twelve DX stations…it took about the same time as Paul worked 120…but It was wonderful, wonderful! I heard 3D2RW running pile ups…Ron was just the guy. I wanted to be like that.

Currently, my station consists of a Kenwood TS590, Tokyo High Power HL1.5Fx and my Cushcraft A3S up on a home brew tower at 42 feet Recently, I purchased a SteppIR 3 Element multiband antenna to enable me to work the WARC bands. I have almost “been there, done that” with DXCC Honour Roll mixed 333/335, DXCC CW 320, DXCC phone, DXCC RTTY, EQSL and DX100 (first station in the Southern Hemisphere). Even the magic band got a hiding during the last cycle with 49 confirmed, with the TS690 and only 50 watts I made the first ever 6M PSK31 contacts to Australia, Japan and USA. (World Record 6M). 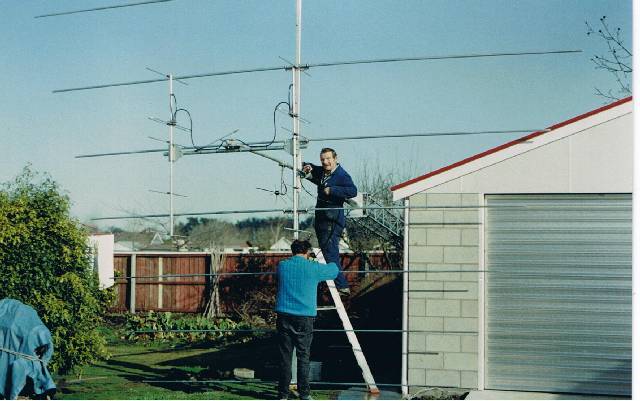 All this is possible with my very understanding wife Briar. Our two daughters have long left home, and are busy raising our grandchildren. I have a great advantage over others who would aspire to work DX. I am self-employed, work from home and my radio shack is part of the workshop so I can monitor the DX frequencies almost all the time.