Bob Schmieder has been a renown DXer since 1962, and holds Extra Class license KK6EK. He is the founder and Expedition Leader of Cordell Expeditions, a nonprofit research group begun in 1977. The group is responsible for the creation of the Cordell Bank National Marine Sanctuary and for numerous research expeditions to remote oceanic sites. Professionally he is a research physicist, with about 100 publications and four patents. He is the founder of NanoLogic Inc.

He is a Fellow of the Explorers Club and former Chairman of its Northern California Chapter. He is probably most famous for putting together the VK0IR Dxpedition to Heard Island back in 1997 and many other first class operations from rare places around the world. He has developed new technology for DXpeditions and Dxers and is the inventor (for XRØY/Z) of the online log server and DXA, the real-time log website (for K7C). Bob is

In over 30 years he has been listed in almost every Who’s Who in the world. He is the owner and operator of a research vessel, the Cordell Explorer and CQ Amateur Radio Hall of Fame member.

Bob is in New Zealand for a bit of a look around tour. It has been his ambition to see our country for a long time and Jackie, ZL3CW is his host and has been showing him the sights. Jackie and Bob caught up with Gary ZL2IFB and Lee ZL2AL at the “Duke” pub in Taradale Napier for a social get-together and a few drinks on February 6. Bob explained his latest venture in which he will return to Heard Island (VK0) next November/December with a team of approximately ops to put Heard back on the air again. At least 10 ops have signed on and ready to go but Bob is still looking for a few more to join the team. You can contact him at [email protected] for further info. It has been years since the last operation and this rare DXCC entity, currently #2 on everyones most wanted list will be available again. The cost will be horrendous but plans are well advanced and it will happen. 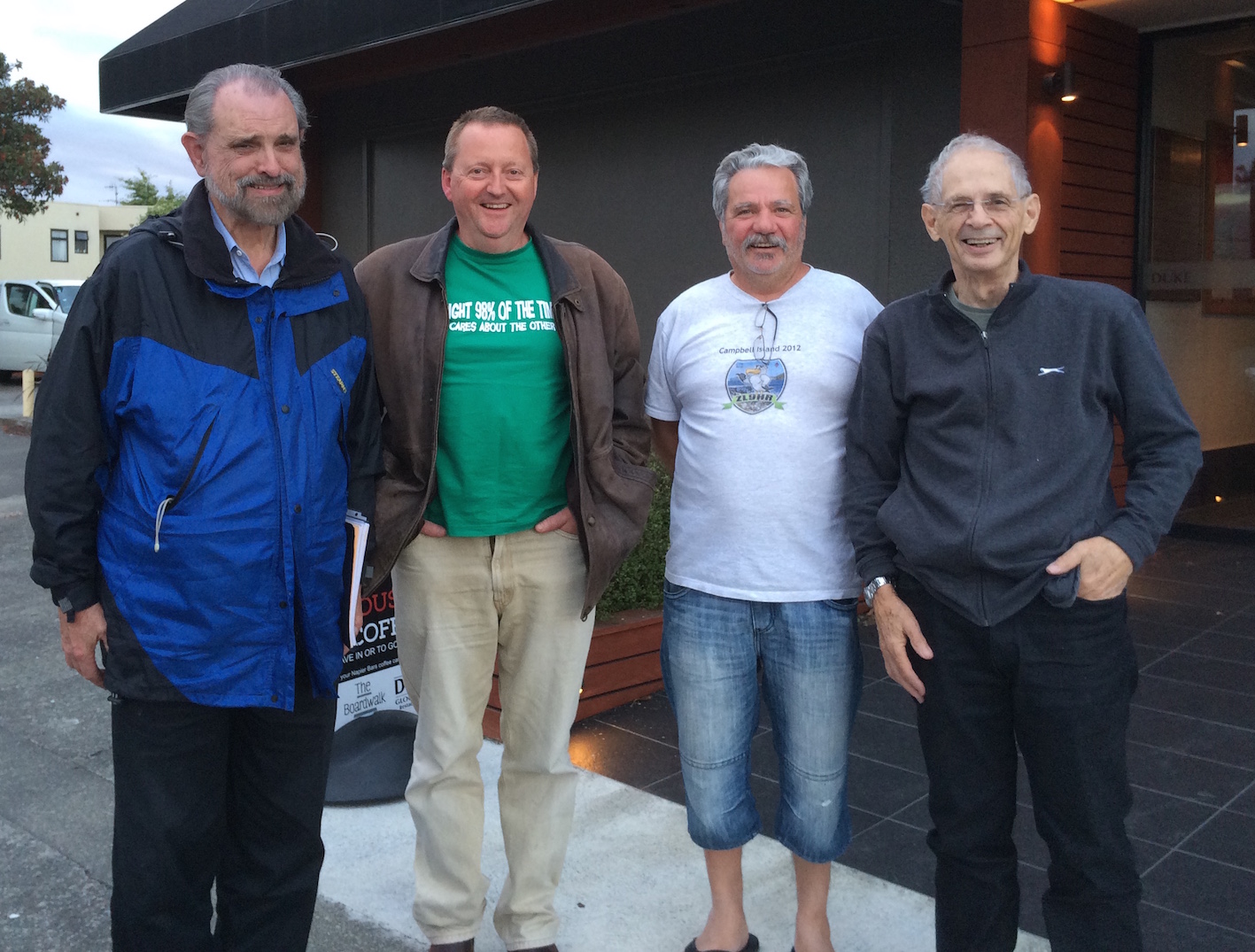 Left to Right: Bob KK6EK, Gary ZL2IFB, Jackie ZL3CW/F2CW and Lee ZL2AL. Thanks to Gary’s good lady Deborah for joining us and taking the photo.

Nice to see DXers hard at work! Bob leaves for Martinborough tomorrow and will visit Chris ZL2DX and other hams in further south.

Nice to meet you mate. Good luck with your planning of this most interesting Dxpedition.