These delightful images of the first ever NZART AGM program in 1929 are quite interesting. It was a far different world then in 1929. The stock market and the world financial system had collapsed and the beginnings of the great depression were probably being felt in New Zealand too. I wonder if that affected the attendance figures? They had no comparison as this was the first Convention. 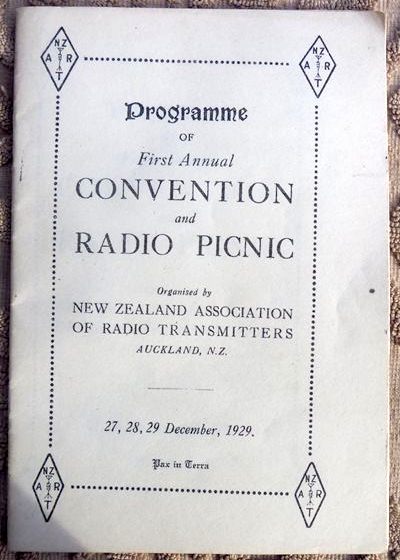 The affair was a combined Convention at the Royal Akarana Yacht Club rooms in Auckland on Saturday the 28th and a Picnic excursion to Motuihi Island on Sunday the 29th. Hams and their families were being met at the station after arriving by train on Thursday the 26th. Friday appears to be a sightseeing trip around Auckland by bus and the highlight was a visit to 1YA, the Government’s flagship broadcasting station. No commercial radio in those days! It looks like a major sponsor was Spedding Ltd who appeared to have had the import agency for Mullard Valves and Burgess batteries. That would be a licence to print money in those days as everyone who had a radio needed batteries and valves and you couldn’t order them from an eBay seller.  I remember seeing the Spedding name in 1969 when I first arrived in New Zealand. But that was along time ago and perhaps I am imagining it. 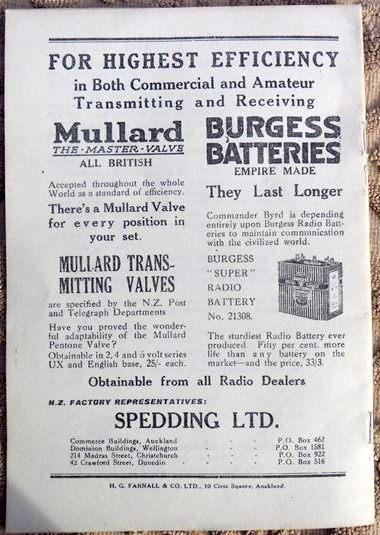 Was a “Pentone” valve a pentode? 25/ for a valve seems reasonable!

The Saturday Night dinner must have been a grand affair for those particularly fond of Grid Leak Soup and Spaghetti tubing. Nice that they opened the dinner with a toast to the King. Those were the days when the King was held in awe. At the beginning of any screening at a picture theatre, all would stand and sing “God save The King” and all were dressed to the “nines” That era in the movies was the beginning of the “talkies” as it was silent films up until then. 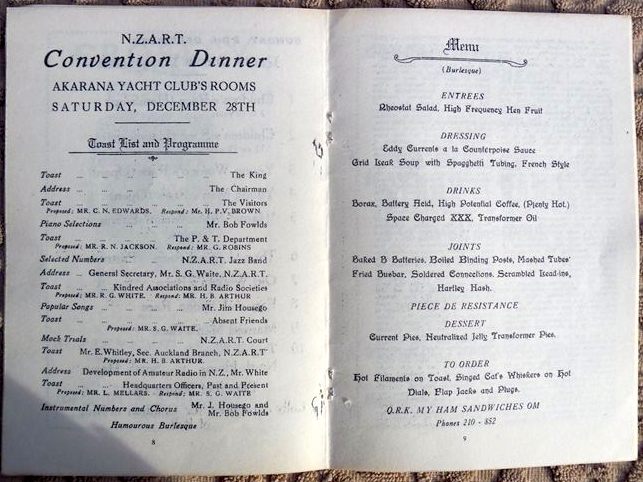 What a grand Affair this was!

Interesting that NZART was discussing matters of vital importance relevant to the welfare of radio amateurs throughout New Zealand. 85 years later and NZART is still looking after our best interests. I wonder if there was much debate at that meeting and if any got heated? 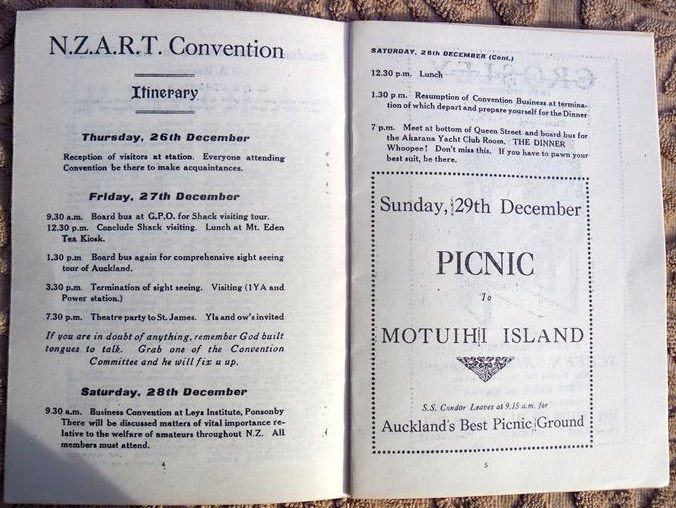 And there was the picnic to look forward to!

The Picnic must have been an energetic occasion. You wouldn’t get away with running an “Old Woman’s Race” in this politically correct world we live in 85 years later! 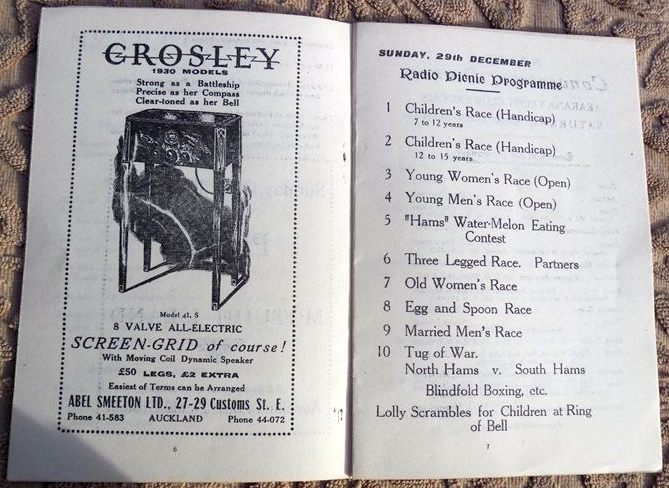 The Water Melon eating contest kinda appeals to me!

Since then our association has survived hard times, wars, good times, tragedies and the massive changes in technology we are privileged to use today. NZART has grown, changed and serves us well some 85 years later. I wonder what the Programme will look like for the upcoming 2099 NZART Conference?