The late 1940s and 1950s were halcyon days for UFO sightings in North America. The Roswell Incident occurred in 1947, heralding the belief that we were being visited – or even stalked – by alien beings. There were 6 “reported” sightings in Ontario alone between 1951 and 1957, many of which were classified as hoaxes. In 1959 a flying saucer actually flew at Malton Airport (Toronto, Canada). It was observed by hundreds of people, photographed extensively and its flight was even captured as a quality movie. Was it a hoax? Nope.

The Malton flying saucer wasn’t from outer space. It was designed and built right there at the A.V.Roe (AVRO) aircraft company. 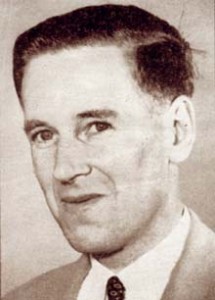 In his research, AVRO’s Chief Designer, John Frost, (pictured at right) had discovered an application of something called the Coanda Effect.

Frost’s application of the Coanda Effect suggested that a powerful ground cushion could be created by a circulating fan and, in conjunction with horizontal engines, could provide the basis for a vehicle that could have both have VTOL (vertical take-off and landing) capabilities and could still operate as an aircraft. AVRO and the Canadian government provided the initial funding for Frost’s work in 1952- 1953. Frost combined his innovative design into a disc shape, a saucer shape, which had been chosen as the most efficient aerodynamic shape and to simplify structural requirements for a circular hovering platform. The flying saucer was officially designated the VZ-9AV but was generally referred to as the “AvroCar”.

By late 1953, the project was costing upwards of $400,000 to the Canadian government and, in their infinite wisdom, they pulled the plug on the project.

Frost, not wanting to give up his ideas turned to the US to fund the development. In 1955, the U.S. Air Force invested some $1.9 million to allow Frost and AVRO, which also sunk $2.5 million of their own money, to continue the work. In 1958 the first prototype was built for wind tunnel testing. In 1959 the second prototype took to the air, with AVRO pilot “Spud” Potoki at the controls, at Malton.

After several additional flights and wind tunnel tests, the U.S. Air Force decided to end its funding of the project in 1961. They stated that their decision was based on the experiences of poor lateral stability with the AvroCar. AVRO knew how to fix the problems but they were strapped for cash. The Diefenbaker Government then killed the Canadian funding on more than just the AvroCar. They had also killed the CF-105, and the AVRO ARROW, a project that resulted in massive losses of money and talent at AVRO.

AVRO scraped up enough cash to redesign the AvroCar with a pair of J-85 turbojets, a larger turborotor, for improved performance, and a wing/tailet configuration that they married to the central disc platform (see image below). These changes seemed to solve the stability problems but it was too late.

On April 30, 1962, the parent company, A. V. Roe Canada, which had been disintegrating since the cancellation of the ARROW, ceased to exist. 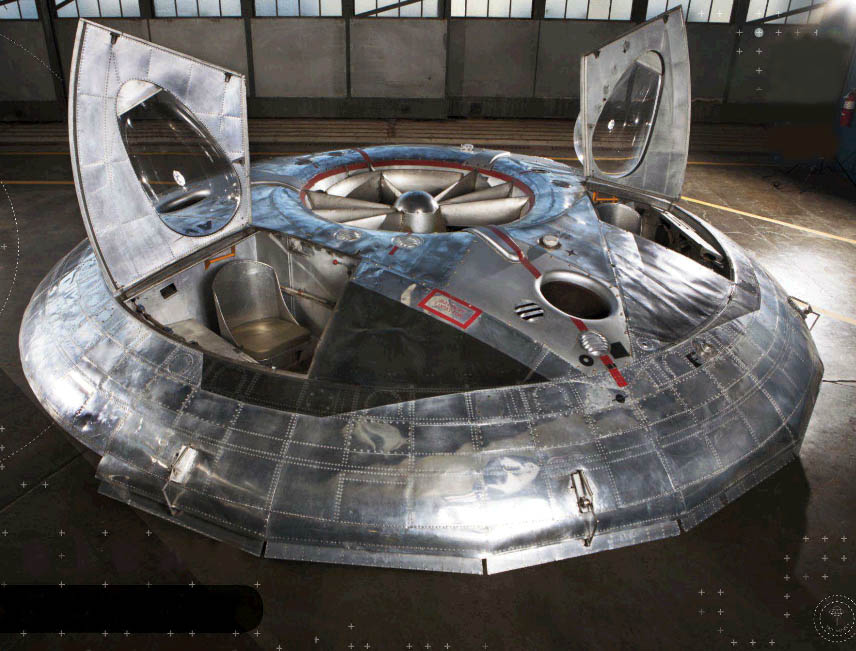 The two prototype AvroCars still exist. The 1959 model is in an Army Museum in Fort Eustis, Virginia. The other belongs to the National Air and Space Museum, who have it stored in a warehouse in Maryland. 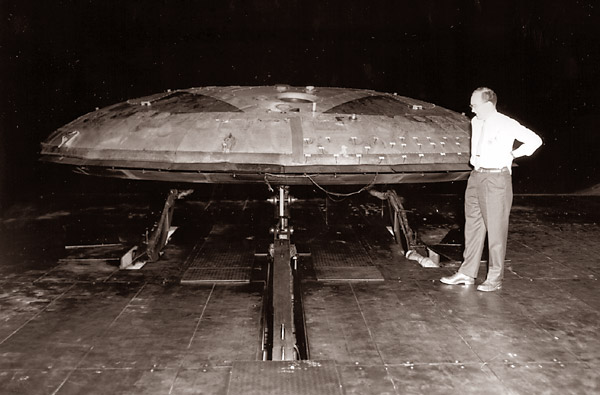 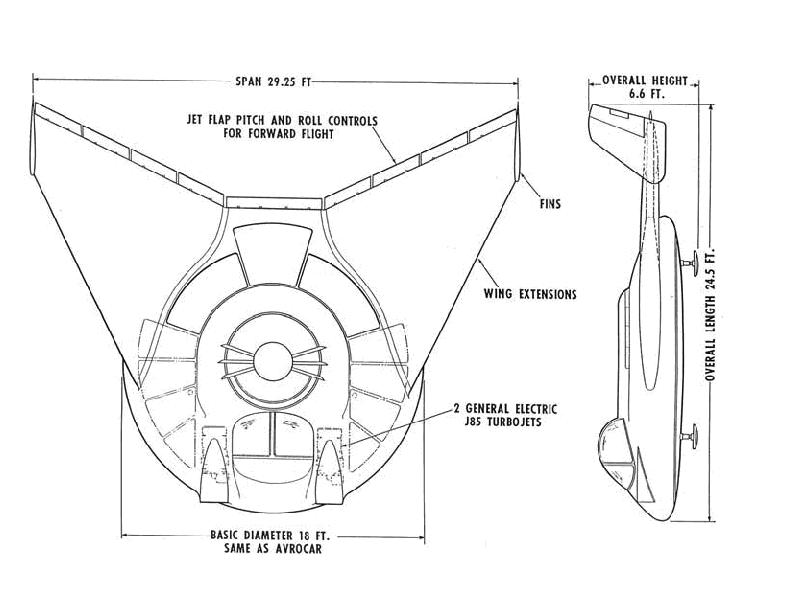 Authors note: This story tells many tales. It is a tale of stupidity on behalf of our Canadian government in the 1950s. Here was AVRO, a company on the leading edge of pure aviation research, which was developing the rudiments of VTOL. VTOL is the basis of the success of the British Harrier Jet and the new Joint Strike Fighter program in the U.S. Government has place in funding research but government is pressured to demand an immediate Return on Investment (ROI). Pure research does not offer immediate ROI. In fact, some research can fail and offer no ROI.

The Canadian government prefered to fund a new Regional Jet which was a simple line-extension for a Canadian aircraft manufacturer rather than to invest in longer term innovation. I suppose that is what governments do best when they are in power. The look at short term gain to keep the politicians in power rather than long term which offers great rewards but is costly to fund.