I don’t know what it is about contests, but they seem to take on a life of their own for 48 hours. Each contest is different in nature and operation. This one was a cracker because every facet just seemed to come together and the contest “worked”

At the end of the CQWW SSB test a month ago there was little enthusiasm to do the whole thing on CW again. A week later, Gary and I had a change in heart and decided to do a Multi-Two which grew into a Multi-Multi over a few weeks when ZL3IO became available. Gary then persuaded John ZL1BYZ from Auckland to join us and it was all on.

A multi-multi computer setup is quite different than M2. More equipment, more antennas are needed along with more ops. In the end, Gary ZL2iFB, Holger ZL3IO, John ZL1BYZ, Michael ZL2MY and I took on 48 hours with little sleep and a target score to aim for.

In the past, the ZM1A and ZL6QH teams have been hard to catch with formidable records that have lasted for many years. Could we catch them? 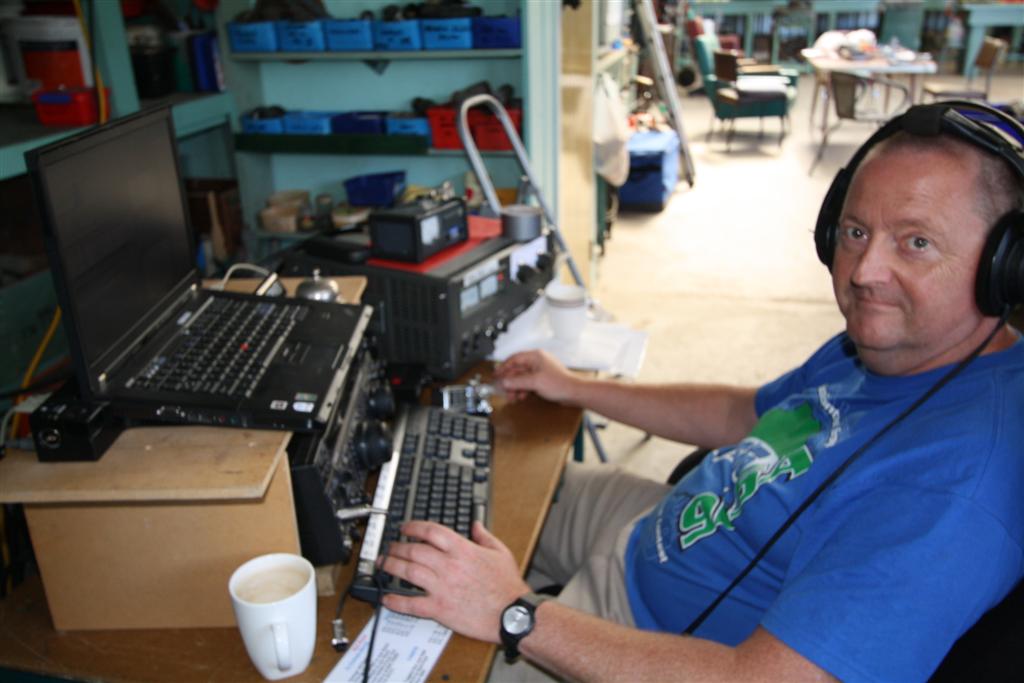 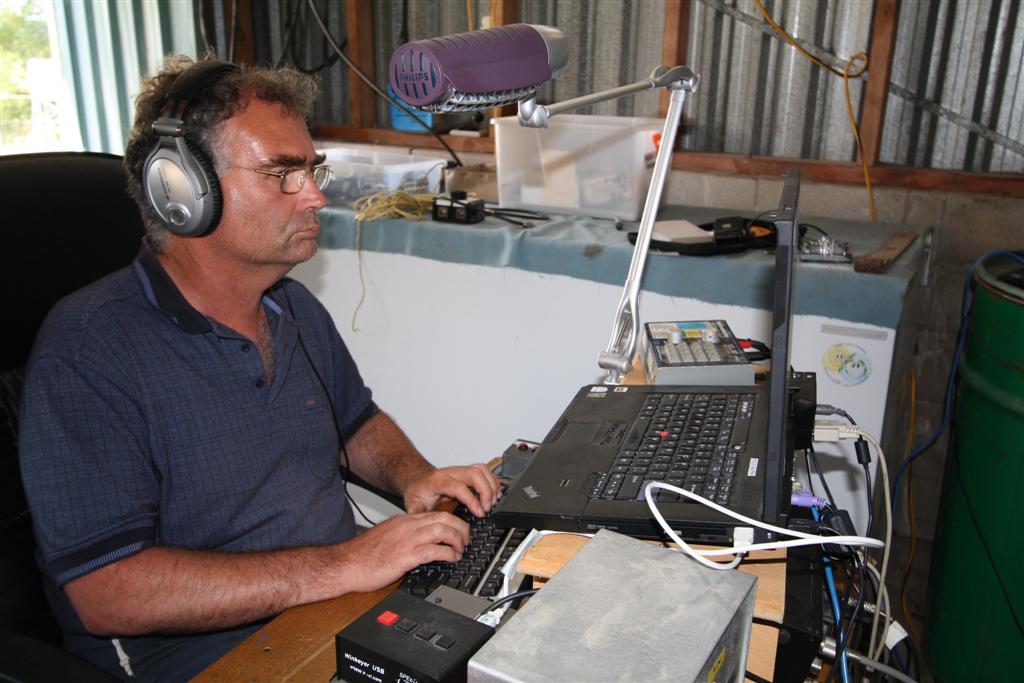 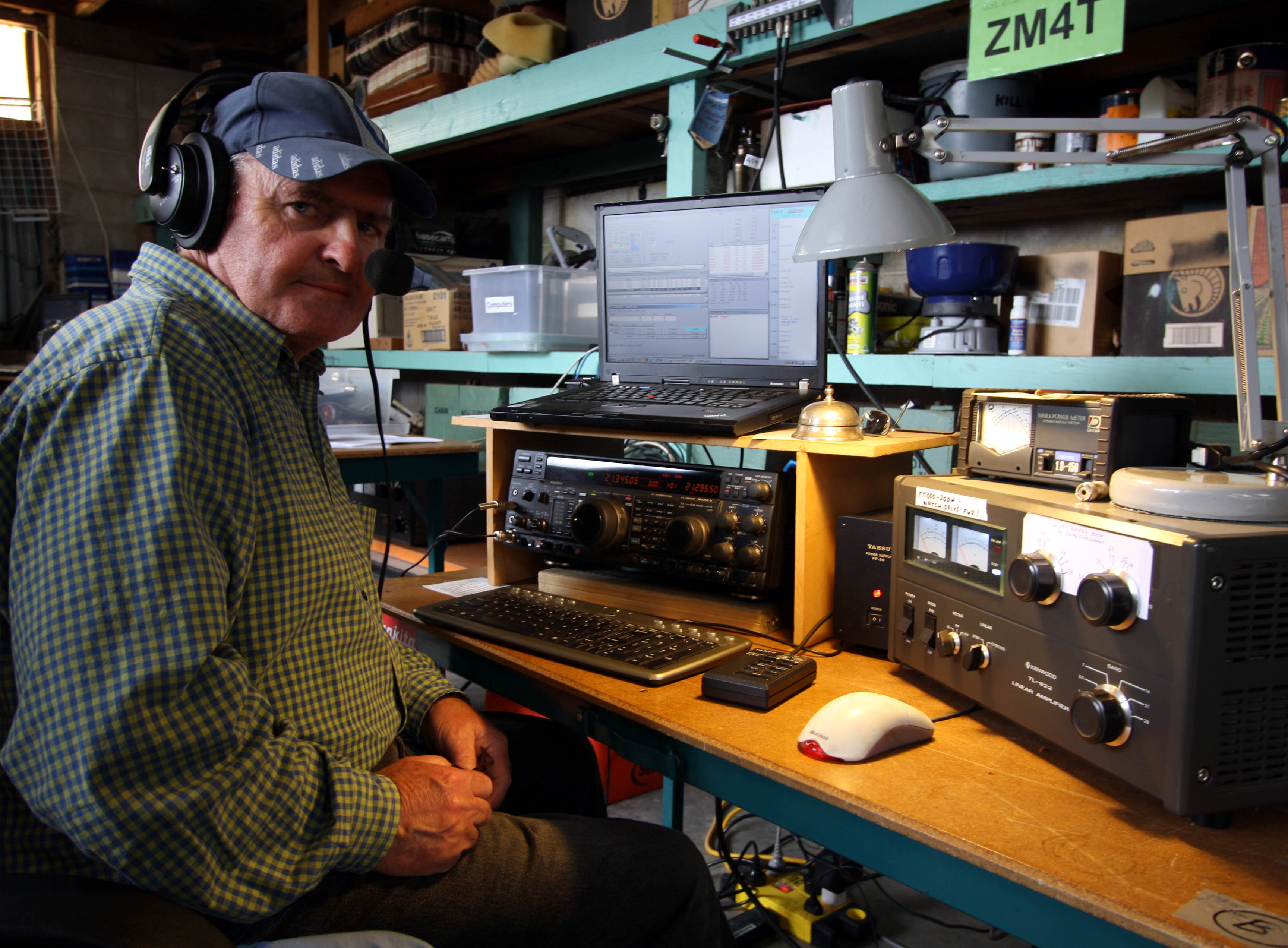 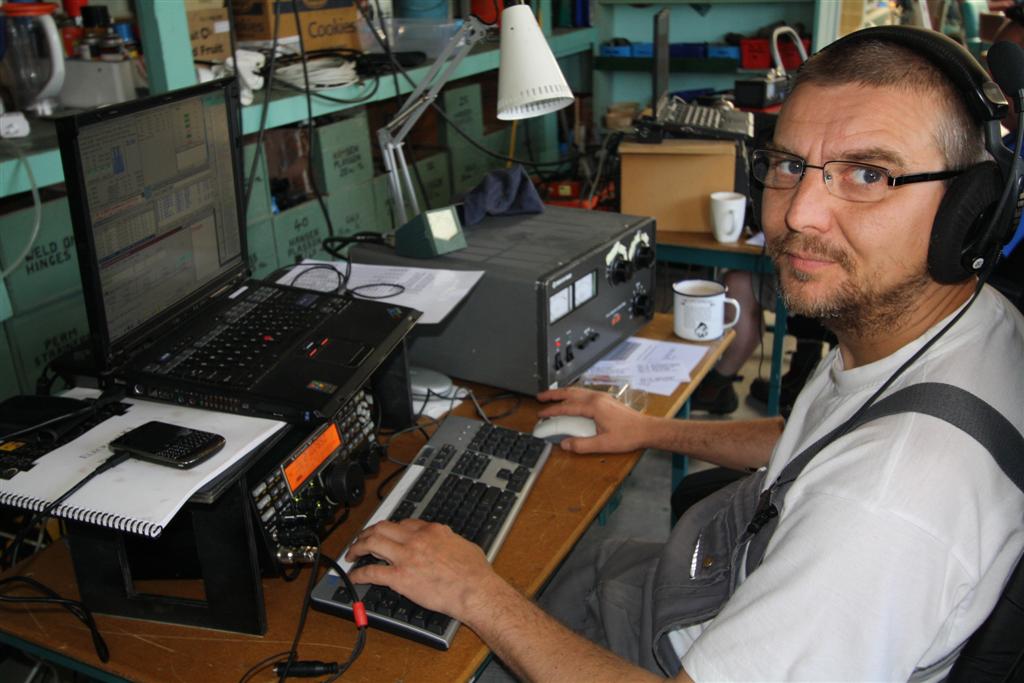 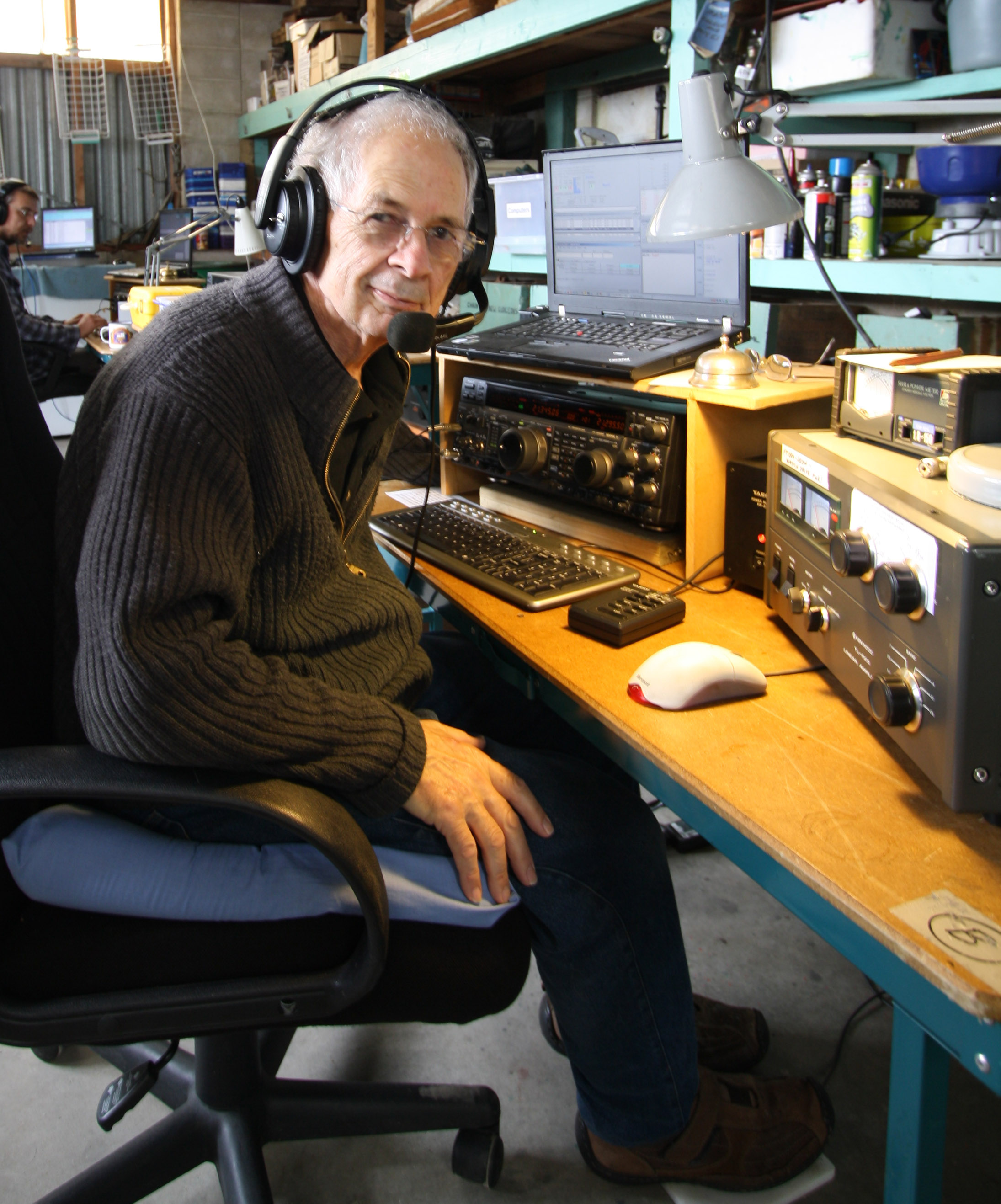 Gary and Lee started into setting up the three operating stations. The radios, amplifiers and laptops were placed and networking was set up with N1MM contest logger and fed with a 4th laptop to give us spots from the internet DX Clusters. We have the luxury of having 3el on 20m, 5el on 15m and 4el on 10m with loops for 80 and 40 metres permanently in place so it’s a simple matter to connect the stations to any antenna needed at the time.  Strangely, everything worked as it should and we were ready to go Saturday morning.

Lee arrived to find Gary and John attempting to make some Russian carbon ceramic resistors he purchased on eBay into a single 600 ohm resistor pack. 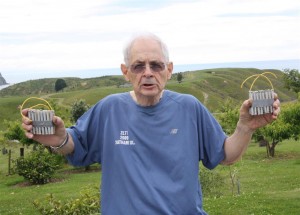 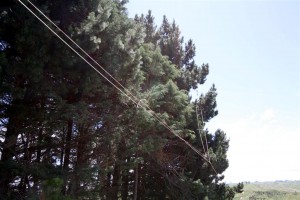 VEE Beam with open wire feeders. The two 100 metre legs out to the right.

Gary decided that we needed a Vee beam with 100 metre legs pointing out to sea towards NA. The Vee beam needed terminating resistors. Time was marching on so Lee put a line over a tall pine with the infamous ZM4T spud gun and took over the fiddly soldering job while Gary and John ran out the antenna. 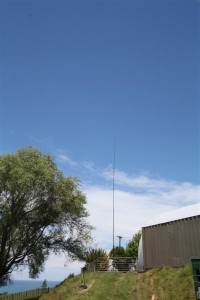 Holger arrived and quickly got to work setting up his 18 metre Spiderpole which is our ¼ wavelength vertical on 80m. The 40m vertical on the roof of the big shed was soon in place and all was ready for a 0000 UTC start.

Our tracking chart indicated a target of 8,000 was possible if we could hold the rate. Gary’s new THP HL2.5 Amplifier performed very well indeed. The LCD panel readout shows the internal temperature. 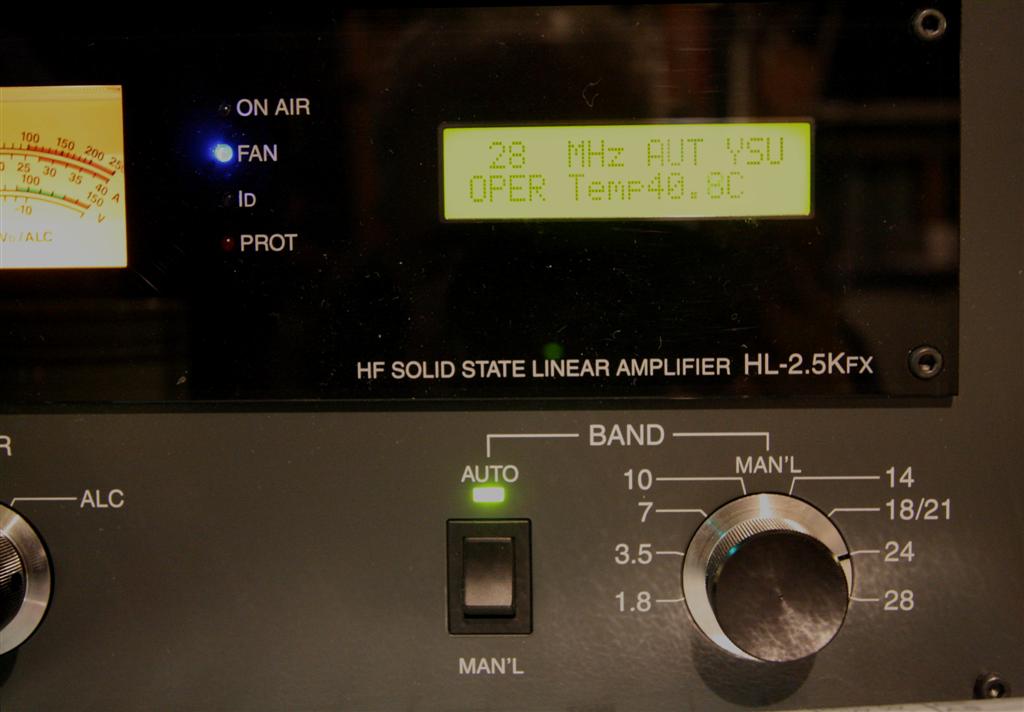 Long productive runs barely moved the temperature up 5 degrees.The problem was there were only 4 of us to operate 3 stations. Michael, ZL2MY arrived Saturday night for the weekend which gave us a bit more flexibility. I noted that all operators would operate for up 13 hours without sleep and only a few tea breaks.

At breakfast our total was around 3800 contacts and 5 million points. Tracking indicated we would reach our target around 10 hours before the finish.Gary’s “multiplier bells” were constantly ringing. The strain was showing on the operator’s faces as they had only managed a few hours sleep since the contest start. Band conditions were deteriorating and extreme solar events were happening. 10M was a good example of this phenomenon. During a productive run and without warning the rate would drop off radically and then dwindle to nothing. 20M was producing thin, watery signals at times which made copy difficult.  John mentioned seeing multiplier spots on 40M during the greyline while the three stations were fully booked on 20, 15 and ten meters. His suggestion of setting up a fourth setup dedicated to 40M was taken up. We set up a spare FT1000MP Mk5 and a Drake amplifier. Gary set up his laptop on the network ready for action Sunday greyline time. It was a good chance to experiment. 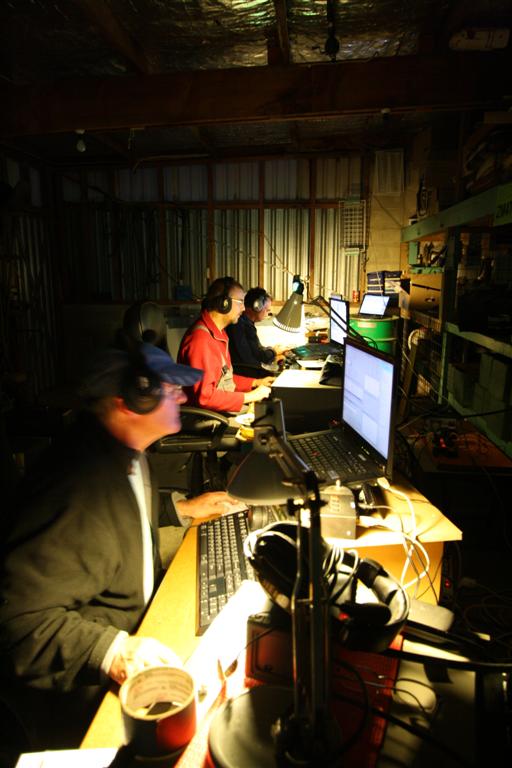 “In The Middle of The Night” (apologies to Billy Joel)

Sunday turned into a long hard slog as fatigue set in. Lee went home Sunday evening and upon returning Monday morning looked at the figures on N1MM in disbelief as we had passed the ZL6QH and ZM1A record with 14 million points and another 6 hours to go. Monday morning is difficult as only the scraps remain. There are few stations you haven’t worked and endless CQing, followed by chasing frustrating multipliers that are just above the noise on the other side of the planet. You can hear them but they are focused on working 599 signals they can work easily. ZL is not a priority. Still, there were successes with a few more rare multipliers in the log. The contest ended with a raw score of 8363 QSOs and 16,493,588 points showing on the N1MM screen. The contest organizers at CQ undoubtedly will reduce that score by a significant amount due to logging errors on our part and also will attribute errors to the stations we worked. It is inevitable that errors occur and every team tries to minimize them and maintain a high degree of accuracy but errors do happen. 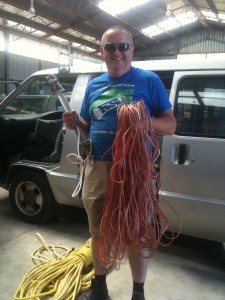 Gary with VEE Beam in hand

Monday 0000 Utc rolled around and the contest ended. Everyone pitched in as usual and soon all the equipment was back in the boxes. Antennas were taken down and packed away. The usual post contest “around the table” meeting showed that most things went well with virtually no gear failures and antennas performing well. Internet for a solid 48 hours was a bonus. We have never been able to achieve that from our location. Contest teams are successful because of decisions made during the contest by the individual operators. The importance of knowing when to turn an antenna as the propagation changes cannot be underestimated. Knowing when to cut your losses as a run dwindles away and to look for multipliers defines a good op. 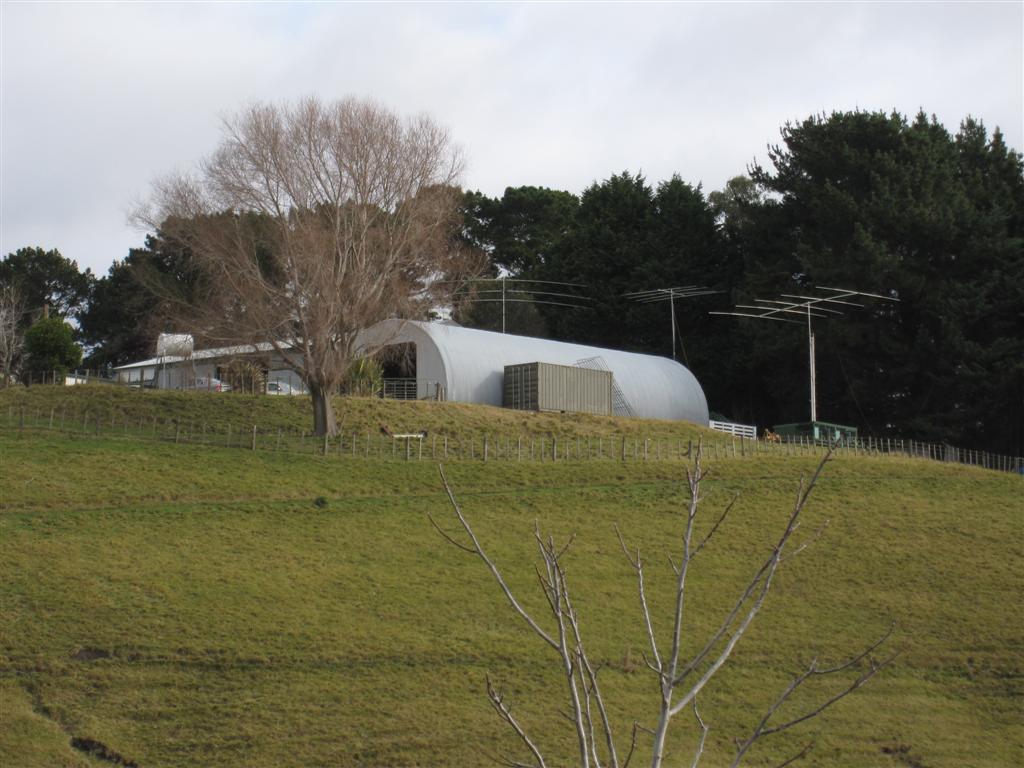 Location, location, location! You can have great ops, the latest equipment and lots of aluminium high up but if you don’t have a quiet site well above sea level it is hard to be competitive. The ZM4T site is about 20 miles north of Napier back in the hills about 1 km from the sea and 120 metres above sea level in a totally rural area with no noise. It is a superb location to run a contest from. Loud and clear signals from all over the world just pop out without actually registering on the S-Meter.

Equipment logistics and organization of which ops to put on which bands will affect the overall team’s performance. It goes without saying that the very best in equipment and antennas will contribute to the team’s success. This is limited by the team’s finances of course. We need more CW ops if we are to maintain a presence in the Multi-Multi category. Other quality CW ops may have to be seconded to our group, perhaps from out of the area. After some discussion of possible names we were surprised by the lack of ZL contest CW operators actually available in ZL. Perhaps CW is a dying art?. 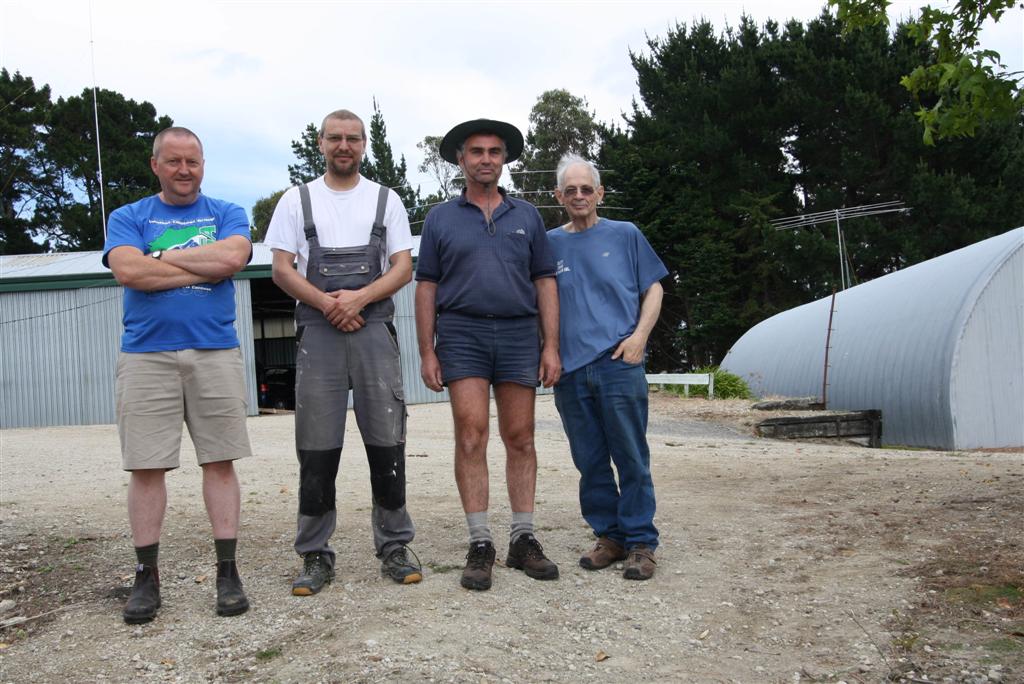 We all had a great time. Personally, it was the best weekend of contesting I have ever had. It was a lot of fun to hang out and just enjoy the intensity. I can’t help but admire and respect the dogged determination and dedication of every member of the ZM4T Team. They all appear so relaxed while on a tea break. When the break is over their utter concentration hour after hour is amazing. Contests are not only about the operating. There is the social aspect of working together for a common cause and achieving it. Male bonding perhaps? In any case we are looking forward to the CQWW WPX in March 2013. As they say “See you in the pileups!”